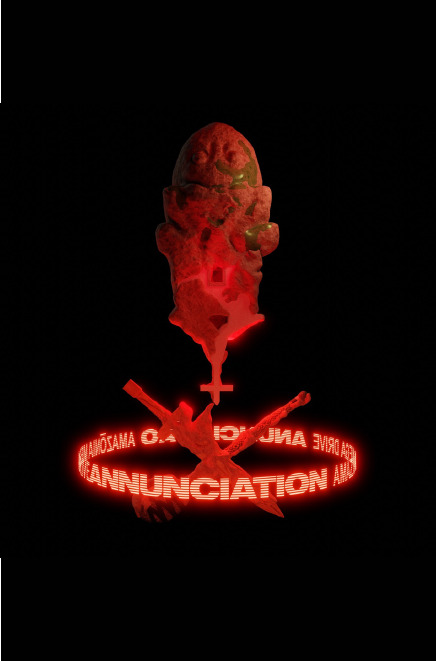 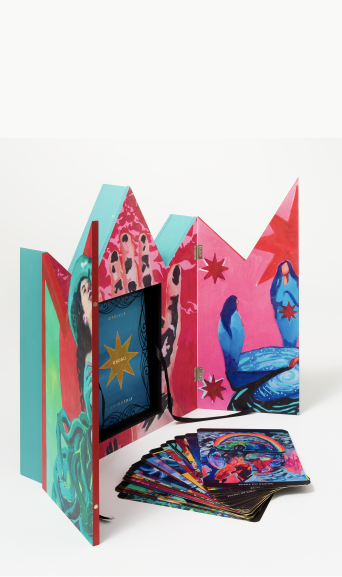 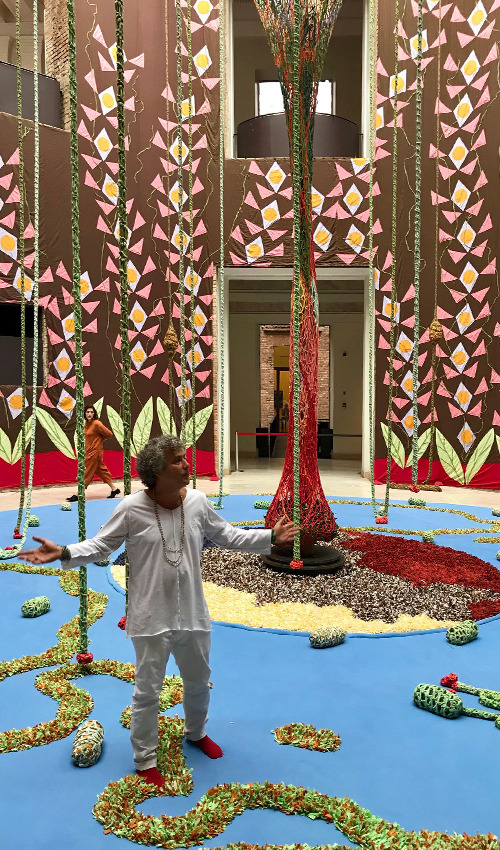 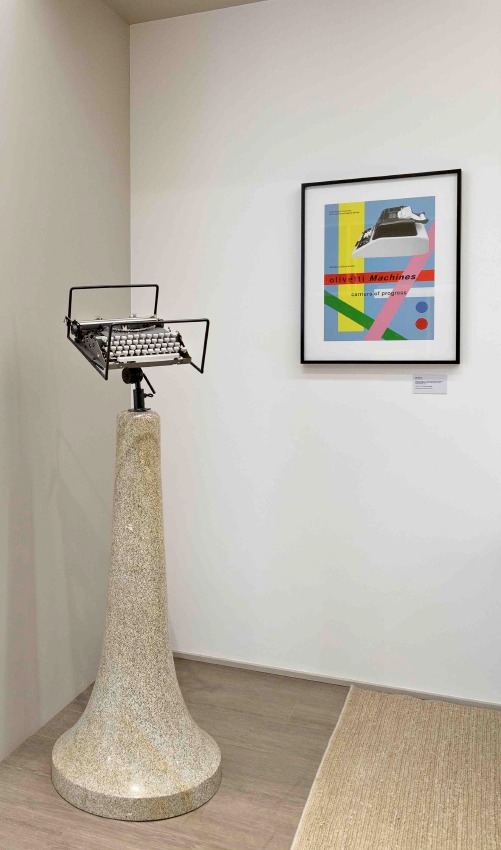 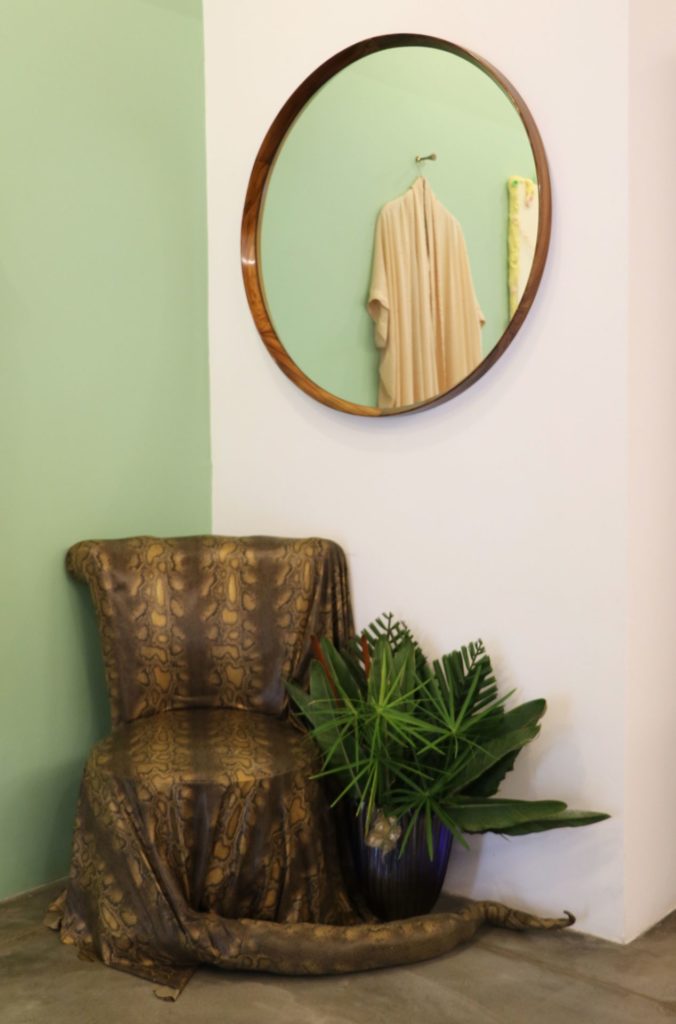 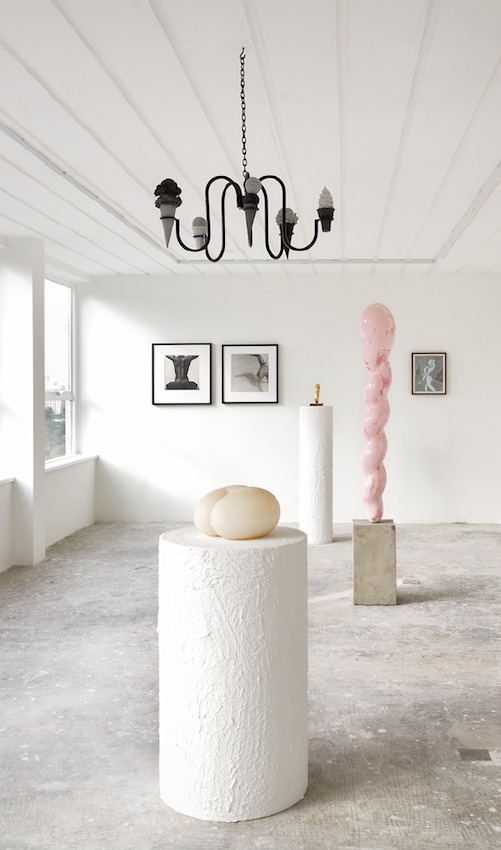 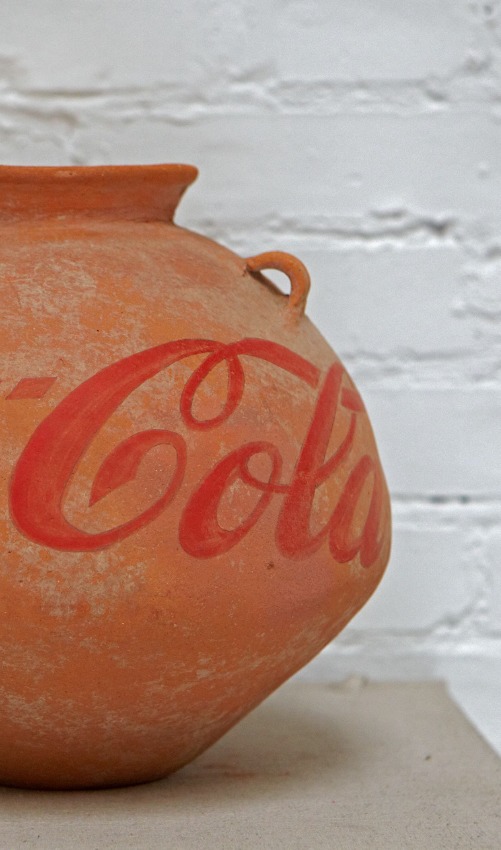 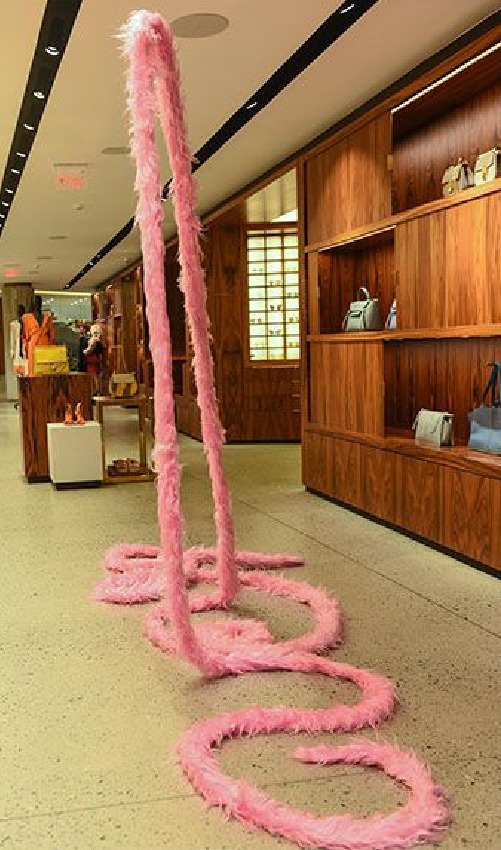 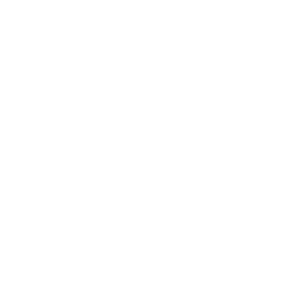 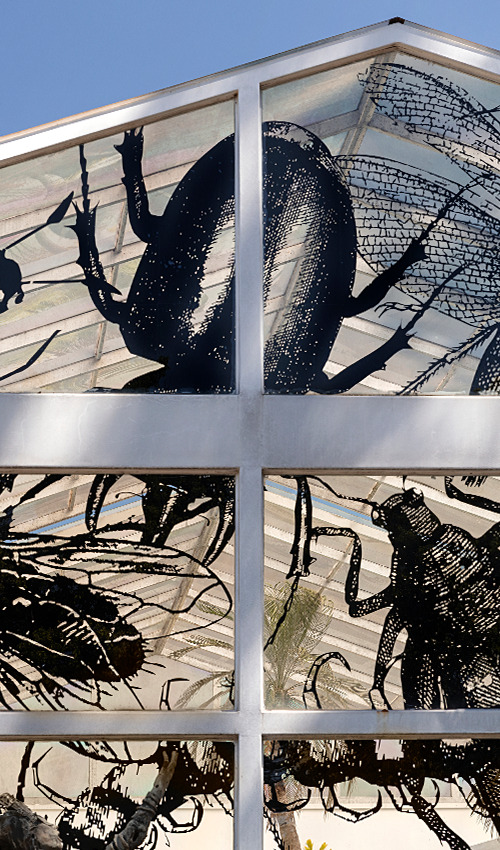 Book a visit through caixa@kuraarte.com.br

For the sixth edition of Caixa de Pandora, which will take place after the most intense period of the Covid-19 pandemic, Kura by Camila Yunes invites Rio de Janeiro artist Marcela Cantuária for her first solo show in São Paulo. Since 2018, the project has been inviting contemporary artists to dialogue with the Coleção Ivani e Jorge Yunes, which brings together works from different eras, dating from the 2nd century BC up until the 1970s. In this edition, the featured artist will present 18 canvases, a screen, six shrines, and a curtain, site-specific to the space that hosts the collection.

Exhibited in the show will be a portion of the project Oráculo Urutu, realized in partnership with photographer Pedro Garcia, featuring archetypes derived from Brazilian music, poetry, art, and literature. Esperança Equilibrista, one of the expressions that inspired the first canvas painted of the oracle in 2019 and which lends its name to the exhibition, is a direct reference to the song “O Bêbado e o Equilibrista [The Drunk and the Funambulist],” composed by Aldir Blanc and João Bosco during the military dictatorship and which served as an anthem for the end of repression. The song, immortalized by the voice of Elis Regina, speaks of a future of freedom, even in a situation of institutionalized violence. In one passage, the song references Maria, widow of the laborer Manoel Fiel Filho, and Clarice Herzog, widow of the journalist Vladimir Herzog, both killed through abuse of the military dictatorship. Other familiar titles from Brazilian culture include “Meus inimigos estão no poder [My Enemies are in Power],” by Cazuza, “Explode coração [Bursting Heart],” by Gonzaguinha, “Oculta sendo voraz [Hidden Being Voracious],” by Linn da Quebrada, and “Insubmissas lágrimas de mulheres [Insubmissive Tears of Women],” by Conceição Evaristo, among others.

In this show, the artist from Rio de Janeiro will present the Oratórios [Shrines], a series of works, seen here for the first time, that pay tribute to female activists whose lives were prematurely interrupted. Interestingly, Pedro Álvares de Cabral’s carvel in 1500 carried a shrine in homage to Our Lady of Hope, which was used in the first masses in Brazil. Hope was also what was left in Pandora’s Box after the liberation of all evils, and is the primary theme that inspired this Kura project.

This exhibition remembers women who made a mark on history as a way of remembering their stories and keeping them from falling into obscurity. One example is the shrine dedicated to the memory of sisters Minerva, Pátria, and María Teresa Mirabal, known as “Las Mariposas [The Butterflies].” The sisters, who were brutally murdered in 1960 for opposing Rafael Leónidas Trujillo’s dictatorship in the Dominican Republic, had their car intercepted and their deaths faked. The story of the sisters is, unfortunately, not too distant from recent events in Brazil, such as the murder of Marielle Franco, a Rio de Janeiro State councilor and defender of human rights. Deception was repeated in the murder of Dorcelina Folador, a teacher, visual artist, and mayor of Mundo Novo in Mato-Grosso do Sul, who fought for the oppressed and whose mandate was interrupted by her cowardly arranged murder. Other historical characters remembered here include Cláudia Jones, Comandanta Ramona, Juana Ramirez y Juana Raymundo, Filhas do Sol [Daughters of the Sun], and Julietta Bastiolli.

A screen in four front-and-back sections opens the exhibition with references on one side to the two of hearts, which symbolizes harmony in relationships and is a good sign for a new society. On the reverse side, Arcana XXI – The World – representing the end of a cycle and preparation for a new beginning. It is the end of the archetypal journey begun by the numberless Arcana card – The Fool.

Perhaps this is an invitation to review our relationships, to have new attitudes, and to try to live more harmoniously and respectfully in this post-pandemic world.

Marcela Cantuária. Brazilian artist, lives and works in Rio de Janeiro. Cantuária has a Bachelor’s Degree in Painting from the University of Fine Arts, UFRJ. She develops paintings that intertwine historical images from the world of politics with representations of contemporary visual culture. Part of her pictorial inventions comes from her research into the struggles waged by women around the world. Cantuária is a member of the national organization Brigadas Populares, where she holds art workshops.

Ademar Britto Junior, a contemporary art collector since 2014, has a degree in Curatorial Studies at the Parque Lage School of Visual Arts (Rio de Janeiro) and Node Center for Curatorial Studies (Berlin), in addition to having attended the Postgraduate Program as a special student degree in Visual Arts from the Federal University of Rio de Janeiro. He is also a doctor with a master’s degree in Cardiovascular Sciences from the National Institute of Cardiology of Rio de Janeiro.